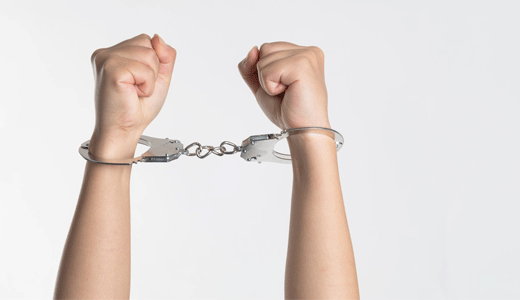 A man who stole three firearms from an Army Cadet Hall in Newport-on-Tay has been sentenced to eight years in prison.

Sean Barclay, aged 28, stole three training firearms from the building between Wednesday, May 2, and Wednesday, May 9, 2018. The stolen equipment was designed to have the appearance of an SA80 rifle.

The theft was reported to Police Scotland and officers from Fife’s Criminal Investigation Department launched a large-scale operation in order to trace the weapons.

The firearms were recovered, along with other training equipment, on the outskirts of Newport-on-Tay on Sunday, July 15, 2018.

Barclay was later arrested and charged on Monday, November 5. He subsequently pled guilty at Glasgow High Court today (Tuesday, March 26), where he was also sentenced.

Detective Inspector Christopher Mill of Fife’s Criminal Investigation Department said: “The theft and circulation of illicit firearms is completely unacceptable and when it occurs Police Scotland will take proactive steps to curtail this activity and bring those responsible to justice.

“While these were training weapons, they have the capacity to be converted into viable weapons, which could have caused real harm to the public.

“Thankfully these weapon were recovered and ultimately posed no risk to the Newport-on-Tay community.”